PUNK AT THE PELTON 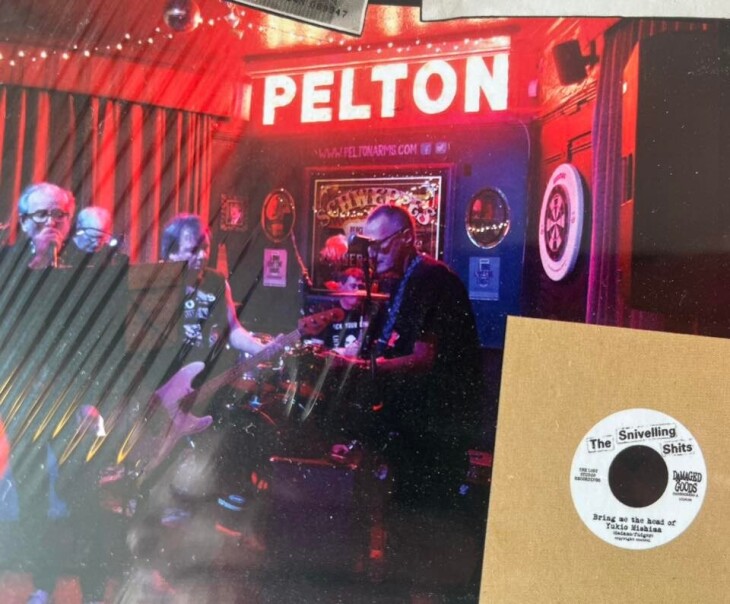 Punk at the Pelton returns again for the second outing this year. Expect 3 eclectic Punk bands each gig with a focus on local talent and the weird and wonderful, a guest DJ and surprises galore 4 times a year.
Tom from The Phobics is your host and is proud to present DEALING WITH DAMAGE, a post punk band from London, Featuring former members of Sink, K-Line, Done Lying Down, Jerry-built, Stupids, The Scum Children and many other bands lost in time. This isn’t important, but it is where they come from.
SWARAJ CHRONOS formed in 2019 but it was after a pandemic induced hiatus that they honed their quirky craft and released their debut album Sinners last summer, delighting audiences with their distinct brand of melodic anarcho goth noise, make of them what you will!
LOS SANTOS (LONDON) featuring members of Wonk Unit, The Saints and The Members -they kicked off our last show in February and are back with a one off line up and promise us a special set! Our guest DJ will be announced shortly. It’s a FREE night too!
We were hoping to have something Snivelling Shits related as their new album 'SHITS ALIVE' is out this month on Damaged Goods Records and one of the tracks was recorded at the Pelton. The shenanigans start at 7pm.
Sign Up for news, offers and events