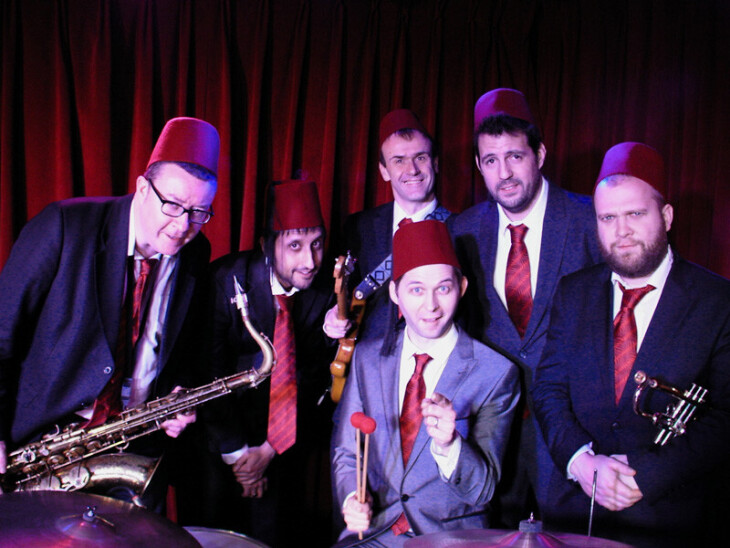 Between them they have worked with Paul McCartney, BB King, Tom Jones, Robert Plant, Willie Nelson, Jeff Beck, Imelda May, Joss Stone, Georgie Fame, Maceo Parker, and many many more.

Led by drummer/lead singer Mez Clough, the Fezzes play an infectious mix of rhythm & blues, rock 'n' roll, surf and swing. They keep the dance floor rocking with classic tunes from the likes of Chuck Berry and Ray Charles as well as cult movie themes from Quentin Tarantino and Henry Mancini.
'Their sounds know no bounds!"

The band has performed at top UK Festivals, including the Madness 'House of Fun' Festival and Twinwood Vintage Festival. 9pm.
Sign Up for news, offers and events