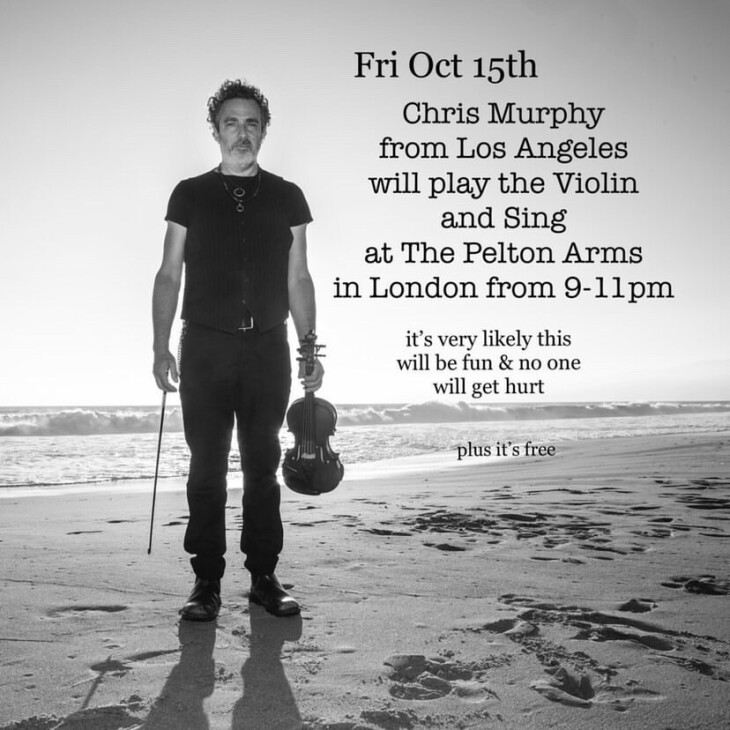 A modern-day troubadour, Chris Murphy has been composing and performing his own unique style of music for over 25 years. An artist with a distinct vision, Chris plays and composes music for the violin, electric violin, mandolin, guitar and other instruments. His music reflects a wide range of musical styles and influences from jazz, blues, country, classical, ethnic and electronic, resulting in a distinctly original and powerful voice. His fearless exploration of genres brings to mind artists such as Ry Cooder, David Byrne, Tom Waits, Peter Gabriel and Bill Frisell.

Chris composes, produces and performs for solo and collaborative independent albums. A prolific composer and songwriter, Chris has 20 albums to his credit and a catalog of 400 songs. Chris has worked with a diverse group of artists including A FINE FRENZY, THE DANDY WARHOLS, SOPHIE B. HAWKINS and HAR MAR SUPERSTAR. Chris has been featured on such television programs as TIL DEATH and THE ELLEN DEGENERES SHOW. His diverse and chameleon-like talents make him a sought after composer and collaborator for film and television projects.