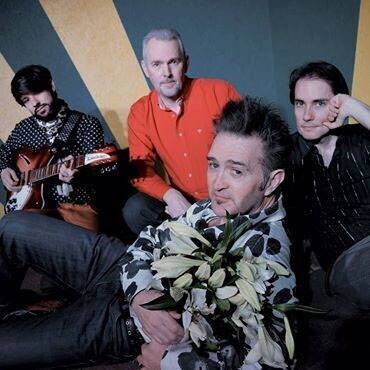 The Joneses are kicking off the New Year here at The Pelton Arms. Not only that, they are inviting two bands they played with in 2019 to join them for a major night of indie live music. This will be a treat for both the Pelton Arms regulars and those who choose to join. The music will start at 8pm and end at 11pm.

Joining the Joneses is first up StoneThief: 8–8.35pm

StoneThief
Formed in 2012, starting as an informal collaboration between frontman Lee Fletcher and drummer Paul Douglas. After a couple of personnel changes the duo recruited (Toni) Manuel on bass and Antonio Ramirez on lead guitar, each bringing their own vastly different musical backgrounds into the mix.

The new band immediately began forging their unique dynamic sound: too earnest for indie and not heavy enough for metal, the band is often at a loss trying to describe their music, and reluctantly have settled for “melodic alternative rock with guts and feeling”.

Luminol are noisy, delicate, loud and quiet. They write songs about dark nights of the soul and sleeping cats. They have too many guitar pedals and too many books they haven't read They think Mark Linkous was right about it being a sad and beautiful world. Luminol have been playing music for years but have forgotten most of it. Their members have been in a Greek myth obsessed prog-punk band, a flute lead jazz trio and a Blondie tribute band. To get an idea of their music think Radiohead, Sparklehorse, Ryan Adams, Smashing Pumpkins.

The Joneses will deliver packed out set of Smiths classics 9.30 -11.00
Hopefully playing most of what you would like to hear, but a shorter set than usual. This gig will see the debut performance of our new dep guitarist Joe Linkens. Please don’t worry, Matthieu is not leaving the band, however with a new baby he will be reducing the number of gigs he plays. 2020 will be another year of diversity and growth for the Joneses band, we can’t wait!!

Tickets are free, however numbers limited please book your ticket via The Joneses page on Facebook.
Sign Up for news, offers and events