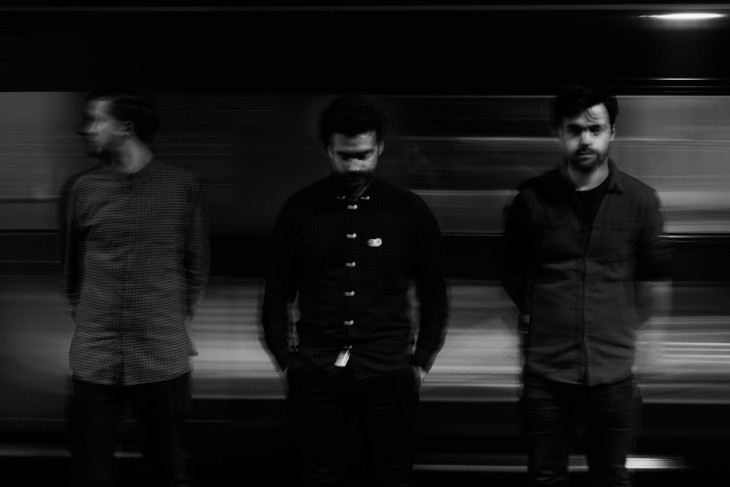 Garnering near-cult status as purveyors of original genre-bending music, Port Erin are a band of three. Two brothers- Reuben Myles Tyghe, vocals and guitar, flanked by Jacob Myles Tyghe on bass and Cerys Brocklehurst on drums. They hail from Broughton Gifford (a very small village tucked away in South West England) and formed in January 2007.

The past decade has seen them extensively tour the U.K. performing over 600 shows at some of of the U.K.’s most prestigious venues. They have made appearances at many festivals including; Glastonbury Festival (‘10, ‘11, ‘13 & ’14 ), played live sessions for BBC Introducing and their music has been aired numerous times on BBC Radio 6.

Their musicality is magnetic with tightly wound dives and grooves. Cerys and Jacob’s rhythm section is a solid unit, Reuben drifts in-at times controlled and soulful but with moments of cornered fretting. A milieu of sonic textures are at play with echoes of jazz, coupled with mechanical Krautrock undertones. They are as punk as they are prog and as political as they are personal.

KICKS OFF 9pm
Sign Up for news, offers and events